Pit bulls have long been a favorite dog in many parts of the world. In the early 1900s they earned the nickname of “nanny dogs” because of their intense protective instincts of children. In those days, a child could be left alone to play in the yard with their trusty pit bull and everything would be well and good. No one would dare try to cause harm to any child in the presence of a nanny dog. You’d be risking life and limb to even try.

Unfortunately, the breed has been used often for fighting and they’ve since gained an unhealthy reputation for being mean. The truth is that a properly trained and socialized pit bull is no different than any other breed of dog. They have great personalities and can get along with all other household pets if they are cared for in a proper and loving home.

The XXL Pit Bulls have a shorter history as they’ve been bred only since the 1980s, to be massive versions of the average pit bull. The AKC only acknowledges the dogs up to size XL, which can be 18 to 22 inches tall at the shoulders (referred to as the withers).

XXL pit bulls can be as much as 28 inches tall at the withers and sometimes, rarely, be taller. They also have a very massive head. One XXL pit bull who is quite famous, Hulk, has produced puppies that weigh over 100 pounds at only 1 month of age. This is three times larger than an average pit bull and they can have a head as wide as 28 inches for the larger males.

XXL Pit bulls have the same appearance as a regular pit bull. They may have any of the same standard colors which can range from:

They will have the face of an American Staffordshire terrier and the body of a pit bull terrier. They will often weigh close to 200 pounds with 175 being the average. Overall, there isn’t yet a lot of consistency in the look of the breed. This is partly because they are still fairly new. Some of the dogs will have smaller heads than others, while others from the very same litter may have massive heads or broader chests. While breeders work on breeding for the particular traits that they are wanted in the bloodline, you will see some of this inconsistency.

The eyes are gold, amber, blue, or brown. Their noses can range in color from red, brown, and black and sometimes look a bit charcoal.

This size of dog is going to eat a massive amount of food and hopefully, if you’ve gotten a puppy, you took the time to think about this ahead of time?

These guys will eat between 4 and 6 cups of dry dog food per day. This means that they eat about what a Great Dane would eat or more. They have a massive amount of muscle and that takes a lot of food to keep them full.

As with any dog, avoid a lot of filler, especially corn. You’ll want good ingredients that are made from healthy and natural food sources, such as lean types of meat and vegetables.

Foods that are rich in omega oils and vitamins will help to keep inflammation down to a minimum, which is important to a large breed dog that is lugging around all of that massive weight.

Some owners may wish to be in control of their own dog’s food and make it themselves. This can be even more costly and also isn’t easily done. The truth is that making dog food requires that you learn about which foods are safe for them and which are not. Not all foods are safe for dogs.

Some human foods are poisonous to dogs, such as grapes or macadamia nuts. Either of these can not only cause extreme distress, they can also cause death. Knowing what to feed them takes some time and effort.

Not to mention that it takes a lot of time to prepare meals for a dog that is going to eat a lot of food. If you are feeding two of these giant fellas, you could be cooking as much as twelve cups of food per day, which is the equivalent of approximately 12 cans of wet dog food each day, in terms of volume.

If you feed commercial food, you also will need to do a small amount of research to make sure that the food you have chosen is a trustworthy company that makes a good quality of food. The food should be human grade, meaning that the ingredients were all deemed safe for human consumption.

This means a lot as far as a standard because there aren’t a lot of standards imposed on dog foods alone. Many shelf brands are low quality ingredients that were left-over from the manufacturing of other products.

Big companies like Proctor and Gamble owns a stake in so many products that pet food is simply a sideline and a way for them to use left-overs. Don’t let your dog be someone’s afterthought or a savings on the bottom line for a business.

Look for a company that only makes pet food. That is a big hint that your dog won’t be getting second-hand left-overs. If the company is only focused on pet food and claims human-grade ingredients, this is a good place to start.

If you find that they have a shiny coat, their eyes are clear and bright, and they have consistent stools, then you’ve likely found the best food. If your dog does well on it, the reviews are good, and you’ve done your research and know it is made with quality ingredients, you’re all set.

Some people will also choose to feed some commercial food and some homemade food. Dogs love vegetables and lean meat that has real flavor outside of dry kibble. If you wish to supplement their diet, it’s great. Just remember to learn what is safe and what you should never feed to your dog.

This is where the topic can go slightly askew for some people. Those who breed pit bulls and love them will always say that they have the best personalities and are not mean dogs. Those who breed them specifically to fight them (which is illegal across the United States but is often done anyway) will tell you that these dogs are vicious and relentless.

They are both right. The dogs can be wonderful. They can also be quite out of control, hard to handle, and mean. Sometimes it is the way they are raised. You can take a Golden Retriever and make it mean if you want to. That said, sometimes animals are mean by nature and due to genetics. Yes, it can be genetics.

Even in German Shepherds a gene was isolated to a bloodline that had a tendency toward aggression. There have been many research experiments and even gene mapping done on this very subject.

The fact of the matter is that we do know pit bulls are capable of aggression. Whether they are more aggressive than other breeds isn’t the complete question. The big question is ‘how much damage can this dog do?’ and while it can be argued that chihuahuas are every bit as aggressive, the difference in the damage that can be done is chasm-like in comparison.

An XXL Pit bull could easily kill someone. This is simply a fact. They weigh as much as the average adult male, and typically are all muscle. Luckily most of them are owned by responsible people and they are very costly to get.

You can expect an XXL Pit bull to cost in the neighborhood of $10, 000 for a puppy. Given the cost and the size, they aren’t extremely popular dogs. While most boast that these are gentle giants, you may wish to give serious pause before bringing one of these into a home with small children or other pets. There is good reason to have concern. It is highly unlikely that this dog could be stopped by the average human.

For a massive dog, they are very athletic and have a ton of energy. It is best to keep this breed only where there is plenty of space to run and allow them to get enough exercise to wear them out each day. If your XXL Pit bull is going to be a housepet, you’ll want to teach them early on what is off limits. A dog this size can take your entire sofa for a nap, so if furniture is not allowed, make it the rule from puppyhood on.

You will need to supervise outings and make sure that your XXL gets plenty of exercise and training. Training is also extremely important so that your dog can be under control at all times. Do not let a dog that is going to be the size of a linebacker think that he’s in charge of you.

Training should be firm and consistent but never use punishment. It’s important that you don’t let a dog this size think about using aggression, so don’t teach it. Don’t do anything to bring out aggression in a dog like this. His size will be intimidating enough to the average person. 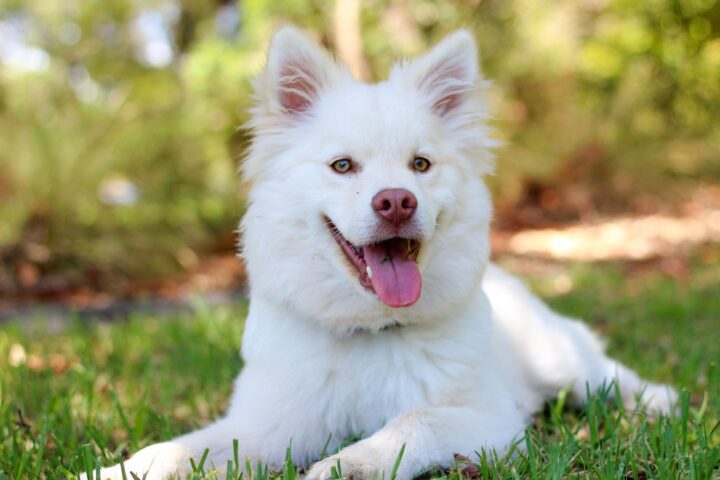