If you love history and love horses, then you’ll love the story of the Marwari horse. This pony is believed to a mix between native Eastern Indian ponies with Arabians, with possibly some Mongolian horse mixed into the gene pool.

The Marwari is known for its inwardly turned ear tips. It can come in virtually any color imaginable, even pie-bald. The rulers of the Marwari region began to breed the horses very carefully, to produce the best of the herd. This practice began in the 1200s.

This refined breeding stock was used in calvary as war horses and they became renowned for their courage in battle. Sadly, in the 1930s the breed fell into decline as they were not kept carefully by breeders. They fell out of favor at that time and nearly became extinct in the process. 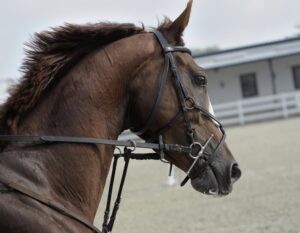 Thankfully, in recent years they’ve again won favor among the Indian natives and the breed is highly prized and coveted to the point that importing and exporting of them is highly restricted. It was banned completely until 200, when until 2006 a very scrutinized program for exporting only a few of them was allowed.

They are still considered a very rare breed but the people of India seem to have fallen back in love with the Marwari.

They can be anywhere from 14.2 to 15.2 hands in height, which differs greatly due to different sizes in different parts of the country. India is a very large country. They come in grey, bay, chestnut, palomino, and pie-bald color patterns.

In looks, they tend to favor their Arabian genes, with a long, sleek back, and slender neck. They have very distinct ears that curve inward at the tips and they can rotate these ears up to 180-degrees in either direction. These ears touch at their tips and seem catlike in this respect.

They have long, sinewy legs that tend to have a fine hoof, small in size for a horse their height – again reminiscent of Arabian horses that are so well-known for their delicate sure-footedness.

The Marwari horse is mostly a show horse, used for sport, safaris, ceremonies, etc. Many times they are being crossbred with thoroughbred horses now, in order to produce larger horses that are capable of working and more versatility. They have found quite a home in dressage competition.

They have sometimes found use as polo horses, which pits them against thoroughbreds in many cases. 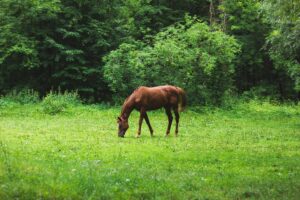 Some of the Marwari are trained to do traditional dances and adorned with spectacular ornamental tack. They perform dances that may remind you of the famous Lipizzaner horses. You will not typically see a white Marwari horse, however. White horses in India are reserved for religious ceremonial duties only.

The bloodlines of the Marwari are not as pure as they once were and while this may alarm some who hope to keep the breed alive and true to its history, it has been genetically tested and believed to be one of the five most distinct breeds, still genetically ancestral, in the entire region.

It is also the only one of the five regional breeds studied that has Arabian heritage. The other four seem to be from Tibetan pony lines.

There are very few Marwari in existence, however, and it is important that they be researched, genetically, and preserved as much as possible.

There are groups working to breed the horses to preserve the lines as well as possible. We’ve lost many ancient breeds to cross-breeding and to just simply losing favor and becoming extinct through a lack of interest in breeding.

Hopefully, this very unique horse will not go the same way as some of the other lost breeds have. It’s a very sharp looking horse with high intelligence and train-ability. This is why it served so well as a cavalry horse generations ago.

Breeding programs are also being pursued outside of India with the few exported horses that were allowed to leave between 2000 and 2006. Activists and passionate horse breeders are doing everything that they can to make sure that the Marwari remains not just a part of history, but a part of today as well.

How To Protect Your Horse From Flies