Cats are one of the most popular pets in the world, second only to fish in the USA. Yes, that’s right, fish. We thought it would have been dogs too. Cats were also one of the animals to be domesticated over 2000 years ago and have since become teeny tiny hunters that live with us in our homes. 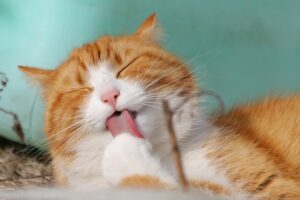 Cats Don’t Meow To Other Cats

Remember when your dog person friend said that cats are manipulative? Well, it turns out that they were bang on the money. Researchers have spent years trying to understand how cats communicate with cats and humans. As it turns out, cats don’t actually meow to communicate with other cats, they just do it to us.

They have learnt over the course of their domestication that their meow mimics the noise of babies and that when they do it, they get what they want, be it food or to have that one tiny place they allow you to touch them scratched. Manipulative right? The only time you will hear a cat meow to another cat is when it is a kitten calling to its mom.

All Cats Are Born With Blue Eyes

When kittens are born, they are all born with blue eyes, with the only exception being albino cats. This is due to the lack of melanin that their bodies have produced, which colors the iris’s, just like in humans. It takes a while for this process to start, so your kittens’ eyes might start to change color at around 6 weeks.

Cats Communicate With Their Noses

If you have two cats, you may seem them often gently bumping their noses against one another. This is how cats communicate, as it tells them how the other cat is, where they have been and what they have been up to. Chances are you won’t see two cats in the street do this if they don’t know each other.

That’s because bumping noses puts both in a very vulnerable position, so cats will only do it to felines that they are comfortable with and that they see as friends. Cats also do this to human beings that they like and trust, so if your mini panther does this to you, it is because they trust you and want to figure out what you’ve been up to.

Cats seem to be made up of a sleepy bag of spring and jumping up on the kitchen side is almost done with effortless ease. But their jumping ability is far more than just hopping up on your work surface.

Researchers have been working to find out how good at jumping cats actually are and the general consensus that they have returned with, is that cats can jump over 6 times their own body height or to put in a tangible measurement, that’s 2.4 meters. Jumping also means directly up, their leaping capability is also exceptional given their tiny stature.

All of their power for jumping is in the back legs, their muscles are so well developed that they operate like a coiled spring. The more your kitten jumps when it is growing, the better it will be at it when it becomes an adult as it would have spent time building the muscle strength and bone density needed to make and land big leaps and jumps. 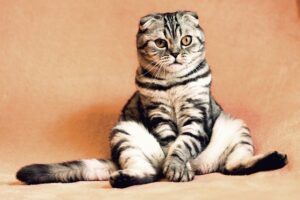 They Don’t Spend All Their Time Sleeping

It is easy to think that your mini panther spends all of its time asleep, but that actually isn’t the case at all. Your cat will spend at least 30% of its day grooming himself and, in some cases, this can do up to 50%. Grooming is a very important ritual in a cat’s life.

Smaller, domesticated cats have learnt they have become the pray rather than the top flight predators, like their ancestors, Lions and Tigers. This grooming helps them to reduce their scent which can help them avoid detection from predators such as dogs and foxes.

Not only does grooming like this reduce their scent, it also keeps them clean. It is very rare that you will need to bath your cat, as they are one of the cleanest pets out there as they handle it themselves.

Scientists still aren’t 100% sure on what purring is and what it achieves, we know that cats do it when they are happy and content but we’re not entirely sure why. Scientists have begun research into this area and now seem to think that it might be a way that helps your cat to increase their bone density and promote healing. Cats are notoriously hardy and with their biomechanical structure, they need to remain fit and healthy so they can go about their daily lives. So, purring may be a way to help maintain muscle and bone density without having to do anything.

So, if you are getting sick of asking when you are getting a partner or you don’t want those side eye glances at the bar when you say you are a cat person, you can now inform people that you are an ailurophile. Chances are they won’t have an idea what you mean or press you for any more information!

Cats really do make some of the best pets out there, regardless of what those dog people like to say. Not only are they smart enough to manipulate us on a daily basis, just like they did the Egyptians, they are also incredibly clean and well mannered.

Their ability to jump however does mean that no surface will be safe in your house, no matter how much you try and dissuade them. Just remember, that the next time your cat bops its nose against yours, it’s a sign of trust and they just want to know where you’ve been and what you’ve been up to.