Taking into consideration the various areas of consideration when it comes to dog breeding – areas including mating, whelping, and pregnancy, there is a need to stay updated with the current practices and understand the basics that can help improve your chances of success overall.

At NYC Breeders, we are committed to ensuring that the best practices are adopted in line with the current industry standards. Below are some of the commonly asked questions and answers to them.

Most dog owners are interested in knowing how long their dogs will be pregnant before welcoming new puppies. In most cases, dog pregnancies last an average of 63 days. However, in some cases, the pregnancy period may be between 55 to 70 days. The number of pregnancy days may be affected by a number of factors.

When considering breeding your female dog, there are two things that should come to mind:

To make the best possible decisions, an estimate of whether or not the female dog is ready for pregnancy can be made after about three heat cycles. In addition, a swollen vulva and bloody discharge lasting up to three weeks can indicate readiness.

The female dog should also be of healthy weight before it is considered for breeding.

Male dogs, similar to female dogs, mature at the age of six months. However, there are several factors that may affect its readiness to be used for breeding at this age. In most cases, breeders may wait till the dog is about a year or two old before allowing it to breed. 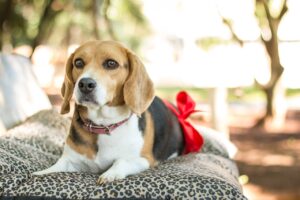 Within this period, the breeder should be able to ascertain the health of the dog and also identify the traits which either qualifies or disqualifies it to breed.

Breeding should be done every 18 months to two years. The time frame is recommended by breeders in order to allow the female animals to care for their young ones while also fully recuperating and healing up for the strains of another pregnancy cycle.

Breeding should be done every 18 months to two years. The time frame is recommended by breeders in order to allow the female animals to care for their young ones while also fully recuperating and healing up for the strains of another pregnancy cycle.

Puppies are expected to feed thoroughly and entirely on the mother’s milk from the time of birth until about a week after birth. During this time, puppies may feed roughly every two hours and this may continue for about two to four weeks after birth. 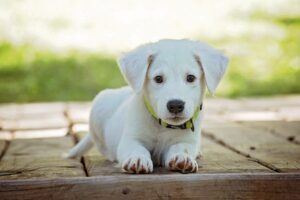 In some cases, breeders may let breastfeeding continue until about six weeks before they begin transitioning the puppies onto dry food. At eight weeks, the puppies are expected to have fully transitioned to dry food and no longer require their mother for feeding.

During the first few weeks after birth, it is recommended that breeders pay proper attention to puppies to ensure that they are properly latched on and feeding regularly as this contributes immensely to the health and wellness of the puppies.

Usually, it is possible to detect pregnancy at about three to four weeks after mating. There are several approaches to detecting pregnancy and this could be through:

While this is not measured, behavioral changes may also indicate pregnancy early on.