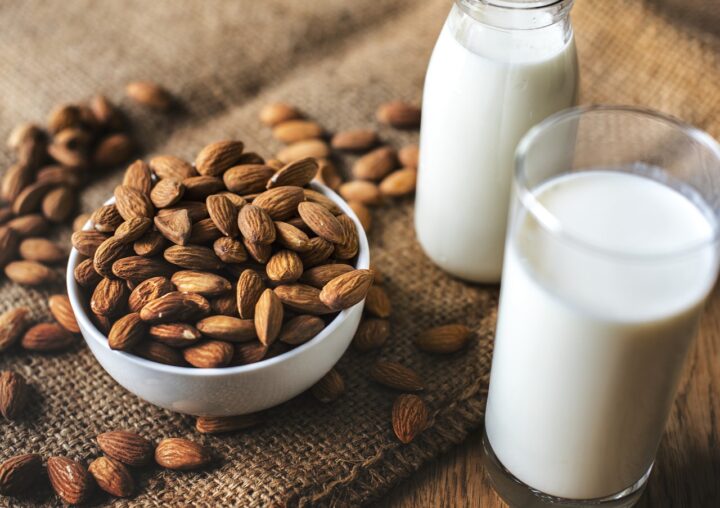 Dogs are omnivores, like humans are. This means that they can and will eat a little bit of everything. Certain things are not good for dogs, however; even if those things are fine for humans to consume.

There are many foods that humans eat which are actually very toxic for dogs and then there are also foods that aren’t toxic but won’t make dogs feel very good in the end either.

It doesn’t take a great deal of some foods to really upset a dog’s constitution. In other words, he will have diarrhea and may even vomit. This is uncomfortable for your dog and can lead to further complications as well.

Dehydration is a secondary issue that results from chronic diarrhea and dehydration can lead to serious kidney issues and problems that lead to vet care intervention.

Let’s take a look at some of the foods your dog shouldn’t eat and why.

Foods That Dogs Shouldn’t Eat EVER

These are foods that can kill dogs and should never be fed to them, even in small amounts.

Grapes – Grapes and raisins are very toxic for dogs. Grapes are so toxic that a small handful of them is capable of causing kidney failure in your dog. It can happen in less than two days after eating several grapes. This toxicity can build in their system so you should never give grapes to your dogs. It can lead to very serious issues and death if the kidneys totally shut down.

Xylitol – This is a sugar substitute that is used in many sugar-free chewing gums but is also finding its way into some human foods, such as peanut butter. Since humans have made a habit of sharing our food (especially our peanut butter) with our dogs, we must be very careful to ensure that labels are read and that great care is taken to prevent Xylitol from ending up in our dog’s mouth. A small amount of Xylitol from one piece of gum is enough to cause death. Xylitol is a neurotoxin. It will cause convulsions, lethargy, seizures, and ultimately death.

Avocados – These contain persin, a chemical that is toxic to dogs. If you have avocados, keep them away from your dog and do not allow your dog to eat scraps with avocado in them. Avocados can cause fluid to build in the lungs and kill your dog. This chemical is not harmful to humans but is very deadly to dogs.

Caffeine – As little as 2 mg per pound that your dog weighs can cause an overdose and death. A cup of coffee can contain 40 mg of caffeine, to give you an idea. A small dog could drink very little of a caffeinated beverage and die. ALL caffeine is toxic to dogs, so you must keep an eye on energy drinks, coffee drinks, teas and any foods with caffeine.

Yeast Dough – Raw dough with yeast in it is still expanding. If dogs eat this dough in the raw form, it can expand inside their stomach and kill them, rupture internal organs and cause severe complications and death. Do not allow your dog around the kitchen when you are preparing these sorts of foods. It takes very little to cause them great discomfort, pain, and possibly death.

Alcohol – This causes poisoning and it doesn’t have to be alcoholic beverages. Fermenting fruit can also be the culprit in this case. One case as an example, a veterinarian reported a dog died of alcohol poisoning by eating a batch of fermented apples. Do not allow your dog to eat or drink fermented foods, drinks, or consume alcoholic beverages. A toxic dose of alcohol can be as little as .59% of total body weight. Death occurs within two days.

Chocolate – This is the most commonly known food that can kill dogs. Chocolate is toxic to dogs and can cause an upset stomach, pain, diarrhea, and ultimately death, depending on the size of the dog and the amount of chocolate consumed. The darker and less sweet the chocolate, the more toxic it is to dogs. The cheaper milk chocolates are not as toxic but still can be lethal if ingestion of much occurs.

Salt – Ingestion of too much salt can lead to Salt Toxicity in dogs and dehydrate them so much that they die. They can lose so much water that they die from lack of water. Dogs love salt, as they love many of the foods on this list, but you should not give them salted foods.

Other Foods that are Not Good for Dogs

Onions, Garlic, and Chives – These are not good for dogs. Too much onion and garlic can cause anemia in your dog that can lead to death. Saving them is done through blood transfusion.

Macadamia Nuts – No one knows what chemical in the nuts is bad for dogs. It is only known that they are very toxic and cause dogs to muscle weakness, tremors, vomiting and can also cause pancreatitis.

Fruit Seeds – Apple seeds and the pits of peaches and apricots, as well as many other types of seeds contain cyanide. This can be very toxic and lead to digestive problems.

**When it comes to almond milk itself, it isn’t really a milk. It’s made with water and pressing the pulp of the nuts, then straining it to create a juice that becomes almond milk. Some dogs can tolerate almond milk fine while others don’t.

Some animals are a bit sensitive to almonds but it can be a good source of protein. It isn’t overly recommended, so if you are going to give them almond milk it would be highly recommended that you only give a very small amount.

There are many foods that are not necessarily bad for your dog but aren’t going to be well-tolerated by your dog specifically. Sometimes almond milk will cause diarrhea and if you try it and your dog is bothered, then move on and try something else.

Sometimes you just won’t know until you try. There is nothing toxic in it for your dog. It should be noted, however, that whole almonds are not recommended for dogs due to the shape and risk of cuts to the throat if not well chewed.

Dogs Will Eat Anything

This is a bit of a problem because many dogs will eat anything that isn’t nailed down around them. If you have one of those dogs, you’ll need to be very careful of the food that you keep around.

Fruits will have to be kept up away from their reach and anything that is sugar free and may have artificial sweeteners will need to be under lock and key or very high out of reach as well.

When you have small children, it can be extremely difficult to keep foods out of reach of the dog because children will tend to drop things all over the house. Parents of toddlers need to be especially vigilant.

Giving them a whole apple means that two bites are taken from the apple while the rest of it, with seeds, is dropped in a window sill or in the yard for the dog to pick up and eat. Those seeds are toxic to the dog.

Children will spit gum out anywhere – even in the carpet. Understand that if you give them sugar free gum and the dog comes along and picks up pieces of it, he can die from one piece.

This makes your job very challenging. As a pet trainer, I often recommended that parents with toddlers wait to get a dog until children were older. As harsh as this seems, some parents just aren’t up to the task of watching every little thing and with dogs, you must.

Dogs are a lot of work and much like having an additional toddler. The average dog has the mentality of a five year old when he is fully grown to maturity. Five year old are pretty smart, but we still don’t leave them unsupervised for more than a few minutes.

Dogs are the same way. Think about this when you decide to get a dog and know that puppies are even more difficult to keep out of things. They need a ton of supervision.

One suggestion for keeping your dog safe is to do crate training and utilize the crate for times when there will be food out and accessible. If the kids are having a snack, send the dog to nap time in his crate, with a safe toy stuffed with peanut butter made from only peanuts.

He won’t feel punished at all and he can enjoy some alone time, giving you the ability to relax while kids have their treats and you can let the dog back out when the food is all safely put away again.

Using a crate will also help you to potty train a puppy and keep your dog safe when guests are there and the door is being opened and closed a lot. Crate training is also an essential tool if you’ll ever be traveling with your dog or need to take them to a vet who is going to have to kennel them.

Crate training is one of the best things you can ever do for your dog and it will come in handy when you need a safe space for the dog. Dinner time in the crate in the bedroom while the family enjoys supper is also nice. You won’t have to worry about begging and scrap stealing.

In the end, if it isn’t on the toxic food list, you are free to give your dog a bit of anything you like and see how he tolerates it.

Just like with children, you’ll learn his tastes and what he tolerates well and what he doesn’t. Just remember that just like us, they are prone to heart disease and diabetes. Keep their diet as healthy as possible, with lean meats.

Give them a balanced diet, ensure that they always have access to clean, fresh drinking water and do your best to keep them at a proper weight. Almond milk may be a special treat once in awhile that you can give your dog in small doses.