Squid is an ocean creature, sometimes mistaken for an octopus. Usually squid is not very large, though some very giant species do exist. Squid is high in protein and is a great source of protein for dogs, generally tolerated well and should not cause them any issues such as upset stomach.

When it comes to introducing them to squid, they may not know exactly what it is or that it is even food. Do not give them fried squid or battered. Stick with the least fattening way to prepare the squid for them and mix very little of it in with food they are used to eating. This will help them understand this is a new food source and if they don’t like it, they’ll pick around it or drop it next to their bowl. Most dogs will eat it, however.

Squid is a low-fat food, provided you don’t slather it in butter or deep fry it in oil. As a low-fat, high protein source of nutrition, it’s a great option for big dogs, bull breeds, and those who exercise a lot and need more protein than say, a chihuahua.

How Important Is Protein?

Dogs rely on protein for most of their energy. Dogs do not eat, need, or even use carbs the way that humans do. They metabolize their food quite differently than we do and sometimes it can take a long while to get some foods out of their system for this reason.  This is why dogs shouldn’t be given alcohol or THC in marijuana. It lingers in their body, becoming toxic and potentially deadly. For an active animal, dogs metabolize their food slowly.

Protein is a slow burning fuel, which matches their needs perfectly. Dogs aren’t carnivores, they are omnivores, the same as humans, but they don’t need many carbs. Carbs are fast burning fuel sources and dogs just don’t have much of a need for them. A few carbohydrates suit them just fine.

If your dog is highly active, then it is very likely that he’ll need more protein in his diet because he’s using up his stores. If he is a hunting dog, a dog with pounds of muscle like a bulldog, or a working dog that burns a lot of calories in a day, then they need more protein – close to 25% of their total daily calories can be protein. It should be a good, lean source of protein and it can be plant or animal, but don’t try to make your dog a vegetarian. Dogs don’t do well on vegetarian diets because their protein needs are high.

Dogs can eat any type of meat, as long as it is low in fat. Fish and things like squid are high in omega fatty acids which are also very healthy and will promote excellent cardio health. Keep them with you longer by keeping that ticker as healthy as possible. Dogs can easily live to be more than sixteen years of age. They just don’t always get the best nutrition to keep them alive that long. Adding some fresh vegetables and protein to their kibble is a great way to expand their vitamin and mineral intake.

New Foods are Good for Dogs Mentally Too

Dogs get easily bored. One of the biggest reasons for misbehavior and aggression problems with dogs is that they are bored and have excess energy. They need to run and race, not just go for a walk a couple of times per day. They also need their mind exercised. Dogs are smart. When they are not being challenged mentally, they get very bored and it leads to a bad attitude sometimes.

Teaching them obedience and tricks is one way to keep their mind working and sharp. Another thing that is used in nearly every reputable zoo in the world is something called animal enrichment programs. Food is often used as a way of stimulating the animal mind. Introducing squid, frozen in a block of ice would be considered a fantastic enrichment activity as the animal needs to use their nose, process the smell, then problem solve for getting the food from the ice. Dogs can also do activities like this right in their own backyard.

Giving dogs a puzzle to figure out, that pays off with a food reward is stimulating the mind and it keeps them occupied as well. That’s time that they won’t be under your feet, and for young dogs, it means that they are being constructive and not getting into trouble during these times also.

Many people think about nutrition and are concerned with it, but many people forget all about the importance of giving dogs new experiences to make their life exciting and interesting. They deserve that too. Now you know that you can mix these two things together and offer them new foods and give them creative ways to eat it that force them to smell, dig, problem-solve, and use cognitive skills.

Dogs are capable of reaching a mental level of about a 4-year-old human child. That’s a pretty smart creature. If you’ve ever had a 4-year-old that wanted to get to cereal at 4am on their own, then you know they can problem solve pretty well. Our poor dogs go day in and day out without a single mental challenge. It is no wonder they get into the trash sometimes.

This is your answer to the question you asked and a lot more information to go along with it that you may not have thought about even asking. Now you can feed your dog squid and make it fun too. Try having some fun and hiding it in some dog toy that will take a while to get it out of. Observe and be ready to help it these are new challenges to your dog. He’ll have more fun if you play together too.

Some dogs may have food allergies to some items. You won’t know until you try so it is advisable to have Benadryl in the house just in case. Always give a very small amount of a new food so you can see how they tolerated it. 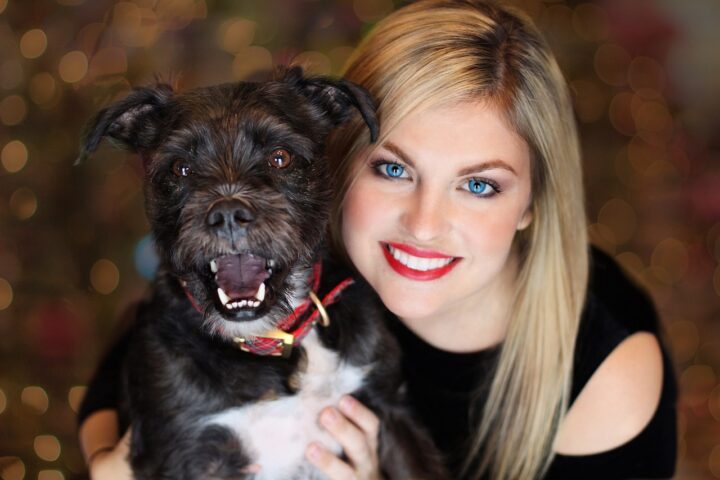