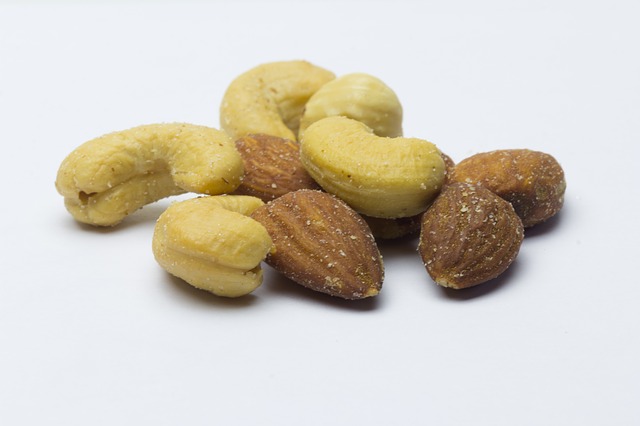 Cashews are safe for dogs, in moderation. If he has nut allergies, is prone to pancreatitis, or has any bladder stone issues, it is okay provided they are unsalted or low-sodium.

Macadamia nuts and walnuts are toxic and should never be given to your dog.

Dangerous Food For The Dogs

Avocados contain persin. It’s fine for humans as long as they aren’t allergic. Large amounts can prove to be toxic for dogs, however.  If you are growing avocados at home, keep your dog away from the plants. Persn is in the leaves, seed, and bark, and in the fruit.

None of it’s good for dogs. It takes very little alcohol do damage to the dog’s brain. A tiny amount can lead to vomiting, diarrhea, and problems with coordination, difficulty breathing, coma, even death. The smaller dogs have greater issues.

Onions and garlic, whether raw, cooked or dehydrated, can obliterate a dog’s red blood cells.  This leads to anemia and can be so serious that they could die. Baby food may contain onion powder which would also be toxic to the dog. Just one decent sized portion of onion or garlic can kill a dog, whether they find a raw onion and have a go at it, or they eat some leftovers that have a lot of garlic or onion in them. Symptoms of anemia include weakness, vomiting, and difficulty breathing. They may appear lethargic and without energy.

Coffee, Tea, and Other Caffeine

Caffeine in large quantities can be fatal for a dog and there is no cure. Symptoms include restlessness, rapid breathing, heart palpitations, muscle tremors, fits, and bleeding. Caffeine can be found in cocoa, chocolate, colas, and energy drinks –  like Red Bull. It’s also in some over-the-counter medications you may keep in your home. Some dogs will counter cruise and eat anything. Be very careful.

No one knows why as of yet, but grapes and raisins can cause kidney failure in dogs.  Just a few grapes can cause this. Vomiting is an early sign. Dogs can become extremely sick in less than 24 hours and with a large number of grapes, a dog’s kidneys can start shutting down as quickly as within 2 hours.

Milk and Other Dairy Products

Milk products can cause diarrhea and other and gastrointestinal issues. They may also cause food allergies. These will most likely show themselves as extreme itching. Dogs will scratch until they bleed from skin allergies sometimes. Be very cautious with milk products as dogs can also be lactose intolerant.

Candy, gum, toothpaste, baked goods, and some diet foods are sweetened with xylitol. Xylitol can cause an increase in the insulin released into your dog’s body. This causes blood sugar to drop. It can lead to failure of the liver. Symptoms include vomiting, lethargy, and loss of coordination, and finally seizures. Liver failure can occur within just a few days and many animals die from xylitol poisoning each year.

Theobromine is the chemical in chocolate that makes it dangerous to dogs. It’s in all kinds of chocolate, even white chocolate. The most dangerous kinds are dark chocolate and unsweetened baking chocolate. Even just licking the icing bowl, can cause a dog to vomit, have diarrhea, and be excessively thirsty. It can also lead to abnormal heartbeat and seizures. Death is possible.

Fat trimmed from meat can give dogs pancreatitis. Even though many people were raised to believe that dogs were supposed to have bones, they really are very dangerous. They can choke on the bones, get very sick from the fat content, and the bones can splinter, causing the dog to swallow shards that could puncture internal organs.

The pit of these fruits is dangerous. The seeds from persimmons can cause inflammation of the small intestine in dogs. If they swallow the whole of the pit, they risk choking or having a bowel obstruction from the pit that won’t digest. It will lodge somewhere and cause pain and possibly need emergency, life-saving surgery. Peach and plum pits contain cyanide – extremely poisonous to humans and dogs. Do not feed the whole fruits to your dog and if you have these fruit trees, make sure that your dog doesn’t have access to them.

The possibility of contracting Salmonella or E. coli is very high from eggs. Both can be fatal at worst and cause horrible illness at the least. There is also an enzyme in raw eggs that blocks the absorption of some B vitamins. This can cause skin problems after being fed over time. Some people think that giving their dogs a raw egg in their food is a great idea. Cook the eggs for them, they still get benefits without the risk.

Dogs should never eat macadamia nuts or foods containing macadamia nuts because they can be fatal. As few as 6 macadamia nuts can make a dog very sick. Symptoms include muscle tremors, weakness or paralysis of the hindquarters, vomiting, elevated body temperature, and rapid heart rate. Eating chocolate with macadamia nuts will be even worse – including death.

Dogs do not need salt and giving them salty foods can cause health problems for them that include cardiovascular disease. Having too much salt can cause vomiting, diarrhea, tremors, high temperature, and seizures. It could even cause death. Dogs should avoid eating a lot of canned foods that have been salt-cured and have high levels of sodium. Canned meats and vegetables typically have very high levels of sodium. Even humans need to watch this.

Too much sugar can do the same thing to dogs that it does to humans. It can lead to obesity, dental problems, and possibly the onset of diabetes.

Before it’s baked, bread dough needs to rise. If your dog eats this, it swells inside their stomach and can stretch their stomach, causing severe pain. On top of that, when the yeast causes fermentation of the dough in their stomach, it creates alcohol in that process and can cause alcohol toxicity that makes them extremely sick and induces vomiting and diarrhea.

Many medications for humans are deadly for dogs. If they accidentally eat a bottle and swallow the pills inside of it, they could die. Be very careful to keep medications in cabinets that dogs cannot reach or get into. They are curious like children and their noses get them into trouble. Dogs eat with no concern what food can do to them. They just eat what smells good to them.

So yes, dogs can have cashews but they need to be very careful not to have other types of nuts. Let them have peanuts and let them have cashews, but understand that even these will give them gas or diarrhea if they eat too many.

Just a few are best. There are many, many foods that were not listed here as being bad. That doesn’t mean you should allow them free reign of these other foods. Dogs will overeat and they will give themselves stomach aches. They are very childlike when it comes to self-policing. They aren’t going to do it. They will eat and eat until they are gorged and at that point, there is no denying that they will have gas, diarrhea, and possibly bloat.

Some foods, like citrus, are loved by some dogs but they can’t eat much without getting acid indigestion. Be careful to make sure that your dog isn’t making himself sick on too much of a good thing. One or two slices from an orange is more than enough for your dog to have at any given time.

Even with cashews, don’t let them have more than 10 to 15 at one time. That may be too many to start if it is the first time they’ve had them. Some dogs will have gas for two days from a few peanuts. Every dog is different and it is up to you to really know how your dog reacts to changes in his or her diet. If you know they have a sensitive stomach, then, by all means, take it easy when giving them new things to try.

Make additions slowly and carefully to their diet and you will both coexist more peacefully. Be aware of the things they cannot have and they will also stay safe and be with you for many more years to come.