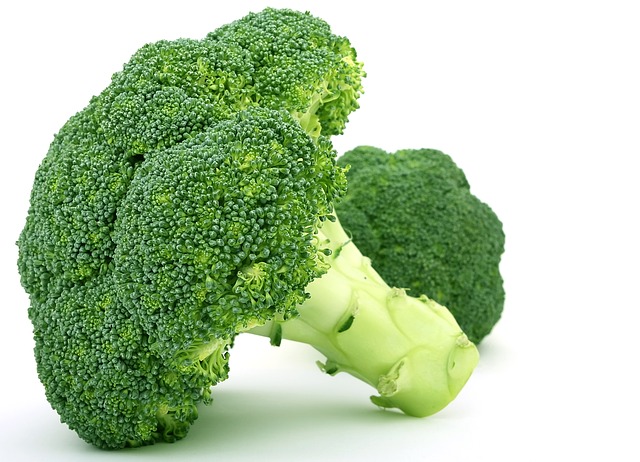 There are foods that are fine for dogs and some foods that aren’t. It would seem like broccoli would be benign enough, however, too much broccoli is very bad for your dog. Why?

Broccoli is a great snack for your pup and even pretty good for him or her. As with anything, too much can be bad and upset your dog’s stomach. Overdoing anything is bad and too much of certain vitamins can make your dog become sick. Use broccoli sparingly as the snack that is good for them in small amounts only.

There are many things that dogs can eat, but moderation is advised. Dogs can get gassy and the pain associated with gas pains can be fairly severe. Large dogs are prone to issues with bloat and gut torsion. This happens when the stomach is full, and they exercise while the stomach is too full of air or food. The stomach actually flips over inside the body cavity, pinching off the intestines where the stomach empties into them.

This situation is critical and the dog needs to receive medical treatment as fast as possible. When the bowel is pinched off, the blood supply is also closed-off. The time is critical. The longer this situation goes on, the more likely that the dog will have to have part of the bowel removed and could also die.

When the bowel dies, it gets septicemia very quickly from the dead tissue. This can spread and make the dog’s entire body septic. This is life-threatening and extremely costly to treat. The best remedy is to prevent it from happening.

In the name of prevention, avoid foods that can gas gas and stomach upset in your dog. Also, understand that some foods are very toxic to your dog that we eat daily and wouldn’t imagine could take the life of our best friend.

Broccoli is safe in small amounts. What about other foods? Let’s take a look at foods your dog should never eat, foods that may eat in moderation, and foods that are safe.

Foods Your Dog Should Never Eat:

Foods Your Dog Should Sparingly Eat:

Foods That Your Dog Can Eat Without Concern:

The above list is partial simply because there are so many things that they can eat. If something isn’t listed on either list, simply look it up and then you will know for certain. Note that just because something is okay for your dog to eat doesn’t mean that your dog is going to like it. Some things may disagree with your dog, just like this happens with you. It may simply be that they don’t like it?

What About the Occasional Treats?

Some people love to take their dog for a car ride and stop at Starbucks or Dairy Queen and get a Puppuccino or a small cone for their dog. Is this harmful? Neither of these things are going to kill your dog. What does happen is that they gain weight, too much of this sort of food can cause them to develop diabetes, fatty liver disease, and gain weight that is very uncomfortable for them. It can ultimately lead to very bad health for your dog so these things should be given extremely rarely.

Also, dairy products are not good for dogs because they cause gas pains, diarrhea and upset stomachs. If you open the door and let your dog go outside to do his business and never pay attention, that’s sad because your dog can have very bad diarrhea and you don’t even know. They can’t tell you. Diarrhea is dehydrating and not healthy. Please, pay attention to what you feed and how your dog reacts.

Will one grape kill my dog? Possibly not but we do not that they are highly toxic and just a small amount can permanently shut the kidneys down. We also know that toxicity can build over time. One grape, once a week, could be highly detrimental. This puts your dog into renal failure and the result is death. Is the grape worth the risk?

“My dog loves popcorn, can I share with him?” The answer to this is based on further questions. If you eat your popcorn plain, then by all means you may share with your dog because it is full of fiber and you’ve added nothing to it. If you have buttered and salted your popcorn, then don’t share because it is no longer good for him.

Can you possibly set aside some without the butter and salt before you apply these to your bowl? Then you can definitely share! Please, don’t say that he doesn’t like it plain. That’s like saying that your child prefers a Snickers bar to a salad with dinner. You know better. They don’t. End of that story.

This is a big word, anthropomorphizing,  but what it boils down to is giving your dog, or any pet, human emotions and needs to help you relate to them. Saying things like “…but if I don’t share my popcorn it hurts his feelings.” No, dear one, he wants what tastes really good because he’s had it before and has learned that if he persists you always give in. Dogs are opportunist animals.

If a behavior works for them, they repeat the behavior. When a behavior doesn’t work, they modify their behavior accordingly until they find a behavior that does work.

When you give in easily, they learn that they can manipulate you. This typically ends with your dog training you to feed them what they want. It is the equivalent of a parent who allows their children to exist on chicken nuggets for the first five years of life. They’ve badgered you into it. You’ve given in. They know your weaknesses now.

Dogs do not lay awake at night, dreaming of how to take over your home .This is not how it works at all. What they do is learn and adapt quickly. This has led them to thousands of years of survival, going back to the caveman ages. We know that wild dogs followed the cave people as they wandered hunting lands.

The dogs most likely ate the scraps left after the kill and then the cave dwellers learned that the dogs could be useful as alerters to danger and in fighting off attacks by predators of that age. Perhaps the wild dogs joined into the hunts, knowing the cavemen would share?

Over time, the dogs became domesticated and bred for certain traits until we have the domesticated canines of today. This proves that the dog we know today is an incredible survivor because of his ability to learn and adapt to changes. Dogs are problem solvers with the intelligence of roughly a 3 to 5-year-old child.

They are very bright but they don’t always make the best choices for themselves. They know what they want and they are good at getting it. As the human, we have to be the wise one who tells them no and sticks to it.

What If My Dog Won’t Eat What Is Good For Him?

Dogs can be very stubborn. They also learn this behavior. For example, if your dog stops eating his dog food because it isn’t the one he likes the most, and on the second day you break down and give him another food, he learns that if he holds out, you’ll give in to his desires. He’ll be prepared to wait three days the next time.

You inadvertently teach him that you have a breaking point. He notes this behavior. It isn’t stubbornness, you see, it is intelligence on his part. He has learned your weakness and is playing it against you.

Unless there is a specific illness going on, no dog has ever starved himself to death over food. Give him what is good for him and add new things slowly, but don’t be upset if he skips a meal or two. He will eat when he is hungry and it is apparent that you aren’t going to give in and give him sugar, or salt, or butter, or fatty foods anymore.

It may take some time to adjust to a new diet with only the foods that are good for him, but he’ll adapt. You need to be firm and resolute.

Remember that you’re doing what is best for your dog because he is the child in the relationship. The best decision aren’t always the most popular but they are for the best. Congratulate yourself for caring about the health of your best friend and your desire to see to it that he/she lives their best life for as many years as possible.