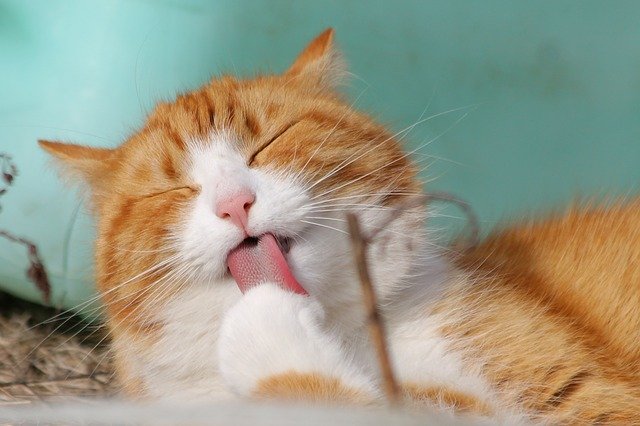 Like many things, raspberries are okay if your cat has one or two, perhaps even a dozen of them? More than that, however, can cause an upset stomach and be problematic. This can happen with too much of anything. Additions to the diet should always be in moderation, not just for cats, but for dogs and even humans. Too much of a good thing can often turn bad. Be wise and keep things like raspberries to a minimum.

What Foods Should Cats Avoid Completely?

Just like with dogs, there are some foods that are very toxic for cats. Some of these can end in tragedy if you don’t know what your cat should not be fed. Take some time to learn about these foods and why they are bad and you’ll be able to avoid such tragedy in your cat’s future.

Onions and Garlic – Even in small amounts or cooked in other foods, such as a soup, can be extremely toxic for cats. It’s best to keep them away from either of these in any form as they can develop lethargy, reduced blood cells that lead to anemia, and orange to red-colored urine. Vet them immediately if you see any of these symptoms.

Raw eggs, Meat, and Bones – These are not good things to feed to your cat. For one, bones can be choking hazards. Many people are under the false assumption that cats can easily eat bones but this is not true. A splintered bone can rupture their stomach, intestines, or any internal organ that it comes into contact with, even lodging in the esophagus and killing the cat via asphyxiation. Raw meat and eggs can lead to digestion problems and infections from salmonella to worms. Don’t take a chance on making your precious kitty sick.

Chocolate and Caffeine – Most people know that these are bad for dogs. If you didn’t, you do now. They are also bad for cats and can cause toxicity that can kill them, deteriorate the kidneys and increase heart rate to deadly levels. They cannot metabolize foods the same way that we do and the caffeine can linger long enough to do serious damage.

Raw bread dough or Alcohol – These are capable of killing your cat. The toxicity level of alcohol can cause them to become disoriented, experience seizures, vomit and become unable to walk. Bread dough and other raw doughs will ferment in their stomach and create alcohol and have the same effects on their body as if they drank grain alcohol. If you think your cat has ingested either dough or alcohol, seek help immediately.

Grapes and Raisins – These are also extremely toxic for dogs and it can only take a couple of them for your cat to become extremely ill and even die. They might not exhibit any symptoms for up to twelve hours, at which point they may begin vomiting, abdominal pain, and start to exhibit the signs of kidney failure. This will sometimes be what kills the pet. Seek the help of a qualified veterinarian immediately if you even suspect that your cat has eaten grapes or raisins.

Milk and dairy products – It may seem hard to believe but no animal other than a calf should drink cows milk. It has enzymes that make it difficult to digest for others and that includes cats. It can lead to stomach upset and diarrhea. You should avoid milk, even as a treat. Stick to the things that are safe for them and only give them water to drink.

A Steady Diet of Dog Food – It isn’t toxic, but it isn’t good for cats either. They’ve got their own special nutritional needs and if they are not getting those met, even though they are eating, their body can be starving. Cats need taurine, for example, to maintain healthy eyes. Most dog’s bodies produce their own taurine so they don’t need it added to their food. If your cat were to only eat dog food, they’d eventually have vision issues. This is just one of the many vitamin and nutrient differences between dogs and cats. Cats are also more of a true carnivore, while dogs are more omnivorous.

Cats are capable of opening drawers, doors, and climbing to very high places. Ensure that foods that could be toxic to them are held in containers that they cannot get into and inside of closed cabinets that they are unable to access. Cats can be incredibly sneaky and intelligent so you must think carefully about keeping them out of things that they insist on getting into.

Luckily, most cats are happy as long as there is food in their own dishes and plenty of freshwater available in their bowl. They will, however, steal milk each chance that they get. Most cats prefer eating by free-feeding, meaning that you leave food down for them, but this isn’t always possible if they tend to overeat. A fat cat is an unhealthy cat.

Cats should also have some moist food each day as they tend to not drink enough water on their own. One reason for this is that they can be incredibly picky over the freshness of their water. Cats love aerated water and a fountain that moves the water all day will make them very happy to drink more water, leading to better health as well.

So when it comes to raspberries and all other fresh fruits that aren’t on the list of toxic things, make sure you add them in moderation. Cats can certainly be finicky but when they love something, they can also be demanding. Don’t let them make you feel bad and coerce you into giving in on things that you know might make them sick.

They think they are manipulating you into a treat they love and have no idea that they might be risking their own health in doing so. It’s up to you to tell them no and lock away the raspberries after two or three.